Josh Brockman ’17 and Sidney Keller ’16 MBA ’17 weren’t looking for love. While they each chose University of Findlay as their college home, once they arrived, they were focused on what they were supposed to be focused on and worked diligently toward their academic and athletic interests. The pair were on different paths as students, but love that is meant to be has a peculiar way of bringing people together.

“The second I got my call to tell me I was accepted, I knew I was going to UF,” Sidney said. “I used to go to Youth Horsemanship Camps there, so I had a good idea that I wanted to go.” She majored in Western Equestrian Studies and Equine Business Management as an undergraduate, before earning an MBA as a UF graduate student. “I was very involved as an undergraduate out at the barns and didn’t really know too many people on campus. Most of my time was spent there doing security for the barn managers, riding, or photography.”

Josh, a successful soccer player at his high school in Indiana, was looking to continue his athletic career at college and was busy checking out schools that were prepared to give him a scholarship. Fortunately for UF, he was offered both the Presidential Scholarship (which Sidney was also awarded) and a position on the Oiler men’s soccer squad; so, Josh became an Oiler student athlete, making varsity nearly immediately during his freshman year and eventually majoring in Environmental Safety and Occupational Health Management, now known as Environmental, Health, Safety and Sustainability.

Up to their fateful meeting, Josh and Sidney were all but unaware of each other’s existence, but that was okay, as they were busy having a wholly positive Oiler experience. “I loved the one-on-one time I could get with my professors to really dive in to topics,” Sidney mentioned. “I also think it was easier to learn in the smaller classroom settings and with hands-on learning. It was also much easier to get involved.”

“The professors were very knowledgeable and approachable,” added Josh. “Classes were  collaborative. I even met a few of my best friends at UF. It was a good decision.” 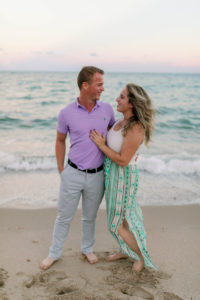 Josh Brockman ’17 and Sidney Keller ’16 MBA ’17 on the beach post-engagement.

As happy and seemingly content as they were, it came as a bit of a surprise when cupid’s arrow, shot by one of Josh’s aforementioned friends, went through the hearts of the unsuspecting pair and changed the trajectory of their lives. “When we first met, Josh was a bit goofy but so fun to be around,” said Sidney. “I started inviting him to hang out and go places because he was so nice. He was such a gentleman that I actually thought he had zero interest in me.”

“As we were started hanging out more, we just got closer and closer,” added Josh. “We realized we share the same interests and beliefs.”

After graduation from UF and a lengthy period of dating for the couple, it became apparent to Josh that Sidney was “the one.” He knew that he had to do something special to ask for her hand in marriage, so, as she already had vacation plans to Florida, he figured that a nice, warm beach would be a memorable place to pop the question to Sidney.  She was just as happy when Josh took charge and planned everything to the letter so she didn’t have to do anything. “At the time it was being planned, I was going through a rough time looking for jobs,” Sidney admitted. “I was ready to move on from my current role, and while I was interviewing for jobs, he was planning our vacation. Little did I know it would be the best vacation ever.”

On their first night at the resort, Josh reserved a table at the restaurant on the beach. The pair tried octopus for the first time (“Delicious, but probably won’t get that again,” Sidney said.), and Sidney was able to order her favorite dessert of crème brûlèe. It was already becoming a memorable time when Josh made the suggestion that they take a walk on the beach after dinner. “I was so confused about why he kept going to the bathroom,” Sidney recalled, “but I found out later he was finding places to hide the ring, calling his friends for suggestions, and texting the secret photographer.” After he proposed, the pair immediately called all their family and friends. “It was a magical vacation,” Sidney said.

Josh and Sidney are now planning a wedding for May of 2023, and because of her graduate work and resulting degree from UF, Sidney was able to move seamlessly from the world of horses to the world of marketing. She is now a graphic designer for Ventrac in Orrville, OH. She still has two horses, but calls the care of them a hobby and a passion more than a job at this point in her life. Josh accepted a full-time position as the EHS Manager for QC Foundry in Orrville. “We’re both very supportive of each other,” said Sidney. “We find a good ‘in-between’ to make everyone happy, and both offer guidance to the other to progress our goals and make life decisions.”

Finding success at UF through athletics, academics, and amore. When you’re working toward the first two and discover the latter, as Josh and Sidney did, it makes campus memories even more unique. You can’t plan for love, really, like you can plan for Florida vacations and engagements, but you can find it, it seems, even when you’re not looking. “Things happen for a reason,” Sidney said. “Not everyone falls in love with their high school sweetheart. You just have to know the one for you will be there.”

And, in this wonderful love story, “there” just happens to be University of Findlay. 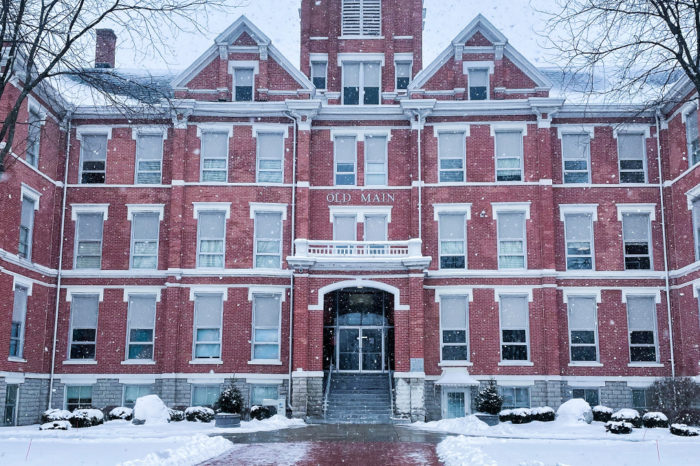