The Sept. 13 concert will be held virtually, with the live-stream beginning at 7:30 p.m., and is free to the public. Advanced registration for the event is preferred and can be completed HERE. Since her Broadway debut in the 1989 award-winning musical, City of Angels, Carmello has gone on to star in performances such as 1776 (rev.), The Scarlet Pimpernel, Parade, Kiss Me, Kate (rev.), Urinetown, Mamma Mia!, The Addams Family, and Finding Neverland. Most recently, Carmello appeared in the title role of the highly successful U.S. national tour of Hello, Dolly, which unfortunately closed in March due to the COVID-19 pandemic.

In addition to her many Broadway and stage appearances, Carmello has appeared on television in daytime dramas including AMC series, Remember WENN, for which she earned a Screen Actors Guild Award nomination for Best Ensemble in a Comedy Series. Other television appearances include episodes of The Good Fight, The Marvelous Mrs. Maisel, Madam Secretary, Smash, Frasier, and Law and Order.

The Thomas and Kathleen Donnell Broadway Concert Series Endowment Fund, in addition to other donor funds, enables noted Broadway artists to visit each year to provide concert entertainment for both UF students and the community.

Don’t miss out on what is sure to be a fabulous virtual performance! For more information on the Concert, visit the Donnell Broadway Concert Series webpage or contact Toni Loy at loy@findlay.edu or 419-434-4008. 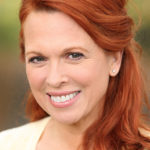