Award-winning Broadway star Jenn Colella, of “Come from Away,” “If/Then,” “Chaplin,” “High Fidelity,” and “Urban Cowboy,” is coming to the University of Findlay to perform as the Fall 2022 guest artist for the Donnell Broadway Concert Series on September 11, 2022. Joining Colella will be Grammy Award nominated Broadway conductor Phil Reno.

The concert will be held in person in the Winebrenner Building, TLB Auditorium at 7:30 p.m. Tickets are $30 for adults, $27 for senior citizens, $10 for non-UF students, and free for UF students, faculty, and staff with a valid University ID. Tickets can be purchased at the Marathon Center for the Performing Arts box office at 200 W. Main Cross St., or online at MCPA’s website.

Jenn Colella is an MFA Acting graduate of UC Irvine, who just ended a sold-out run in “SUFFS” as Carrie Chapman Catt at The Public Theatre, for which she garnered an Outer Critics Circle Award nomination. Colella starred in the Tony Award-winning smash hit musical “Come From Away” as Beverley/Annette and others, in a performance that garnered her 2017 Outer Critics Circle and Drama Desk Awards and a 2017 Tony Award nomination for Best Featured Actress in a Musical, as well as Craig Noel, Helen Hayes and Dora Awards for pre-Broadway productions of “Come From Away.”

TV credits include “Feed the Beast,” “Elementary,” “All My Children,” “Rescue Me,” “The Good Wife,” “The Code,” “Madam Secretary,” “FBI: Most Wanted,” and “Evil.” She has been seen on film in “Uncertainty” with Joseph Gordon-Levitt, and stars in the live capture film of “Come From Away” on Apple TV+.

Thomas ’70 and Kathleen Donnell established the Thomas and Kathleen Donnell Broadway Concert Series Endowment Fund in conjunction with the University of Findlay’s Give Voice to your Values campaign. Each year, Tony Award-winners and other masters of stagecraft put on memorable shows at University of Findlay as Donnell Broadway Concert Series guest artists.

For more information on the Concert, visit the Donnell Broadway Concert Series webpage or contact Cindy Bormuth at cbormuth@findlay.edu. 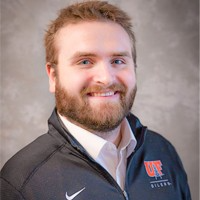