For Tom Somrack, a senior at The University of Findlay who hails from rural northeastern Ohio, Washington, D.C. was a professional, educational and ethical eye-opener.
Somrack landed a competitive internship through The Washington Center, which sent him to work this fall semester for the National Farmers Union (NFU) in the nation’s capital.
The NFU was interested in his studies and farming experience. Somrack, a senior, is double majoring in animal science and biology, and double minoring in chemistry and political science.
His childhood was spent on the family farm in Newbury, Ohio, raising pasture beef, pork and poultry, and growing specialty row crops. He was also an avid 4H member, and operated his own farm market stand while in high school.
Somrack hopes the internship will help him achieve his ambitious career goals – after graduation, he hopes to enroll in veterinary school to eventually work as a livestock veterinarian. “I would also like to be in a position where I can be an advocate for both the farmer and the consumer, as well as affect public policy in areas including food safety and sustainable agriculture,” he said.
The Center’s LEAD (Leadership Engagement Achievement Development) Colloquium and other offerings, while highly demanding, are structured, with collaborative and individual learning opportunities, networking events, a civic engagement course on modern policy campaigning, volunteering, discussions with fellow interns about social and legislative issues, and hands-on projects. Its purpose is to better prepare students for professions they are interested in by synthesizing information they learn in a variety of contexts and fine-tuning career goals.
Internship participants receive academic credit from their respective colleges and universities and are graded. Somrack received an ‘A’ for intern performance. His program advisor, Aaron Hood, said he exceeded expectations. “Tom is enthusiastic, positive and all staff enjoyed working with him,” Hood wrote in his assessment.
As a government relations intern, Somrack conducted research on various topics, attended committee meetings on Capitol Hill and reported back to his superiors, completed fact sheets to help those agricultural workers better understand the Food Safety Modernization Act mandates, wrote press releases and assisted with social media outreach. Somrack said the most difficult aspect of his internship was living on his own in an unfamiliar city for four months. Conversely, his favorite activity was meeting with members of Congress to convey NFU information and learn about other initiatives. “I loved being present and seeing government in action,” Somrack said.
In required essays that encouraged him to reflect upon his experiences, he mentioned encountering the homeless, learning about the country’s immense amount of food waste, and District of Columbia residents’ commitment to healthy living.
For his paper on policy campaigning, he researched stances held by People for the Ethical Treatment of Animals and the National Pork Producers Council regarding sow gestation crates.
He also volunteered at a food bank and at the D.C. Campus Kitchen, the latter of which is part of a national consortium of college student-run hunger relief efforts. With his farming background and initial impressions of the city as inspiration, Somrack identified primary problems within the D.C. metro area that interested him – the cost of housing, homelessness, hunger and food distribution.
“On my way to work every morning I pass homeless people with cups begging for spare change…” he wrote, pointing out that the average rent for a downtown two-bedroom apartment is $2,300. He wondered if Habitat for Humanity, an organization he volunteered for in Washington, D.C. and at UF, could help alleviate the problem.
Somrack also expressed concern about the ironies related to hunger and food production. He mentioned that United States farmers, “an essential piece to the puzzle,” and that agriculture supports 24 million jobs, yet “roughly 1.3 billion tons of food is wasted every year. Even with this exuberant waste, over 20 million Americans live in food deserts. To many people’s disbelief, D.C. has the nation’s highest rate of food insecurity for children,” he discovered in his research on the topic.
The city surprised Somrack in other ways, he said. For his first day on the job, he was taken aback when he met NFU President Roger Johnson, who hadn’t had a chance to change out of his bicycling attire. “Half of the NFU office bikes to work, and the other half walk or take public transit,” he noted. Somrack soon took cues from the professionals around him by commuting on foot to work each day, and going on runs down the National Mall and near the Navy Yard. “Coming from a farm town, it amazed me how close everything was to each other and the convenience of having everything I needed so close,” he explained.
The internship, Somrack determined, was invaluable. “I am the only science major to come to Washington, D..C. to do this program from my school,” he maintained. He said he was “thankful for the constant push to bring me out of my comfort zone” and for “the random roommates and the chance to get to know individuals that I otherwise would not have spent time to get to know.” The NFU “shares the same concerns and values that I have regarding agriculture and the family farm,” he pointed out. Additionally, his time management and leadership skills grew because of the program, he explained, and his maturity level increased. 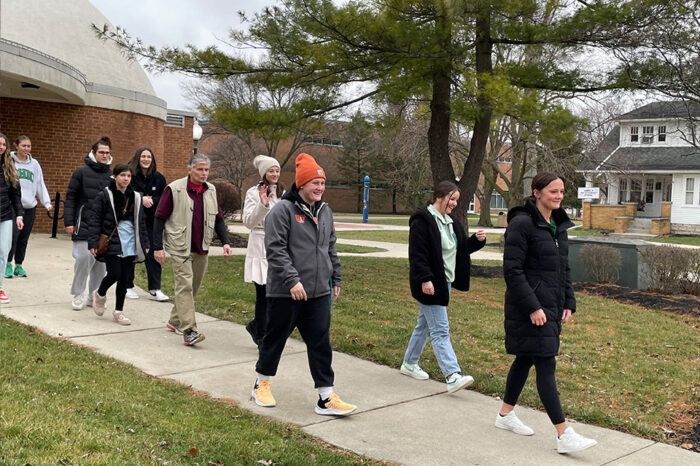 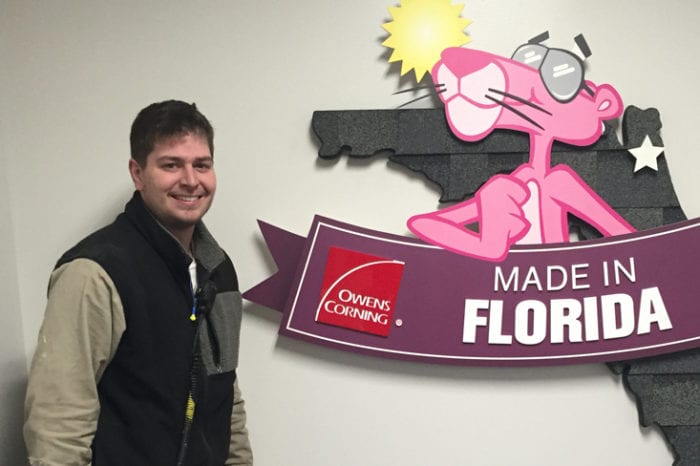