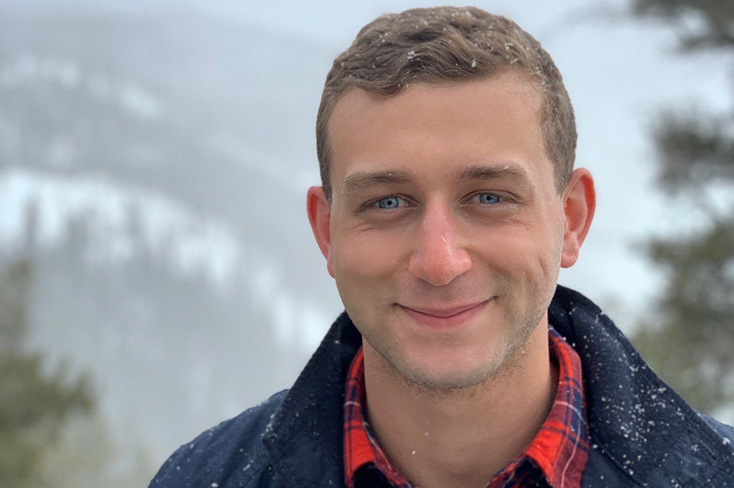 Before he was even a student at University of Findlay, Jake King ’18 noticed attributes that people seemed to share on campus; characteristics such as authenticity, kindness, and genuine warmth.

As a high school senior, and as a part of the rite of passage of university-minded high school students, King, coming from Buckeye Central High School in the small village of New Washington, OH, was making visits to colleges in an attempt to find the best fit. When he visited UF, he said, he felt that intangible quality that Oilers everywhere are familiar with. “There was a definite understanding and sincerity coming from everyone I met there,” he said. “If there was anything that was difficult for a high school kid to understand, it was made clear in a very helpful way.”

One of those tough things for King to figure out at the time was how, exactly, he was going to afford college at UF. He had determined, fairly quickly, during his visit that UF was the college for him; he liked the educational opportunities, as well as the chances to get involved on campus, and there was that previously mentioned “feeling” he got from Findlay, but he also knew that feelings were only going to get him so far. If there wasn’t a more tangible and practical plan to get him to and through UF, he wouldn’t be able to enjoy the hospitality of Oilers directly at all. That didn’t turn out to be a problem, however. “The financial aid office at UF was and is fantastic,” King said. “The process can be confusing for a young person, but they really helped me to understand how I could make UF a reality.” And, he added, they continued to help him throughout his time as an Oiler. King said that he had some “unexpected financial roadblocks” during his education, and that the financial aid office always filled him in graciously and patiently on what he could do in the way of scholarships and other assistance.

As a result of the security of knowing that financial woes would be one less thing to worry about while at UF, King was able to focus clearly on both his education and extracurriculars. He started out, he explained, concentrating solely on public relations, but after being presented with the opportunity to study abroad, he added Spanish to the mix. King had had an interest in international relations when he came to UF, but it was helped along and built upon with the help of Christopher Sippel, Ed.D. UF’s associate vice president for international, intercultural, and service engagement. “He really showed me that if you want a taste of other cultures, they’re here at UF, too,” King said. “And not only on campus, but through service trips and studying abroad.” King said that Sippel was equally as kind, knowledgeable, and patient in his explanation of opportunities, and that his discussions with him resulted in a service project for King in the Dominican Republic, and two study abroad excursions to Costa Rica and Argentina.

Adding to his international exposure as an Oiler, King was honing his public relations skills on campus as co-president of the Public Relations Student Society of America (PRSSA) at UF; as a member and partner of UFTV; and as a part-time writer for UF’s student newspaper, The Pulse. All of this involvement created for King the perfect atmosphere for success, and he graduated from UF cum laude with a Bachelor of Arts in Public Relations and Spanish. And, as it just so happens, he’ll be using both in his new role as the City of Sun Prairie’s Communications and Diversity Strategist, a position he took on in the state of Wisconsin just around a month ago. In it, King will write press releases; attend community engagements, and build relationships with diverse communities, all while pursuing diversity, equity, and inclusion efforts both internally and externally with the city and the education toward it. It’s an important role, and it was an opportunity that, at first, King was hesitant to take advantage of. “I’d never worked within city government, and wasn’t certain I would get it, but, with the guidance of some friends, I decided to go for it.” The friends, coincidentally, are former UF visiting biology professor Dr. Jasmin Bradley, M.D., who teamed up with King and PRSSA at UF to help community members with social justice efforts pertaining to gender inclusivity and to update protections in an ordinance for members of the LGBTQ+ community, and current UF associate professor of education, Megan Adams, Ph.D. “They told me not to doubt myself, and that I’m going to learn new things. They were the turning point for my confidence.”

Now, embarking on a burgeoning young career, King views this past and present motivation and experience from Oiler Nation as a major boon as well as a guide for how he should carry himself through life. “Honestly, that real world experience I got from classes and trips abroad, I leveraged it and used it to get this job,” he said. “And the level of personality and graciousness of both staff and faculty at UF with students is something that changed me for sure,” he said. “I got it through professors and all kinds of people there, and it definitely made me want to do more with diversity and inclusion work.”

In other words, King is taking the kindness he was given at UF and spreading it wherever he goes. And who couldn’t use a little more of that?