The concert will be held on the campus of the University of Findlay, in the Winebrenner Building, TLB Auditorium. Tickets are $30 for adults, $27 for senior citizens, $10 for non-UF students, and free to UF students, faculty, and staff (with a valid University ID). Tickets are available for purchase at the Marathon Center for the Performing Arts (MCPA) box office at 200 W. Main Cross St. Tickets can also be purchased online at MCPA’s website.

Kate Baldwin starred as Irene Molloy opposite Bette Midler, David Hyde Pierce, and Gavin Creel in the hit Broadway revival of “Hello, Dolly!,” for which she was nominated for the Tony, Drama Desk, and Outer Critic’s Circle awards. Baldwin has appeared in Broadway casts of “Finian’s Rainbow,” “Thoroughly Modern Millie,” “Big Fish,” and “The Full Monty.”

Baldwin’s off-Broadway credits include “Giant,” “John & Jen,” and “Superhero.” Regional credits include the acclaimed production of “The King and I” with the Lyric Opera of Chicago, as well as the recent productions of “The Bridges of Madison County” and “42nd Street.”

She has performed in concert with the New York Pops, Boston Pops, National Symphony, Detroit Symphony, Chicago Symphony, the American Songbook series at Lincoln Center, and at the Kennedy Center. Baldwin has also performed at the legendary New York nightclubs of Feinstein’s, Birdland, and 54 Below.

Thomas ’70 and Kathleen Donnell established the Thomas and Kathleen Donnell Broadway Concert Series Endowment Fund in conjunction with the University of Findlay’s Give Voice to Your Values campaign. Each year, Tony Award-winning artists and other masters of theater are welcomed to the stage. 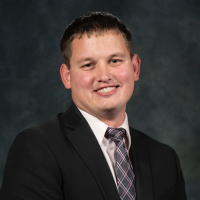