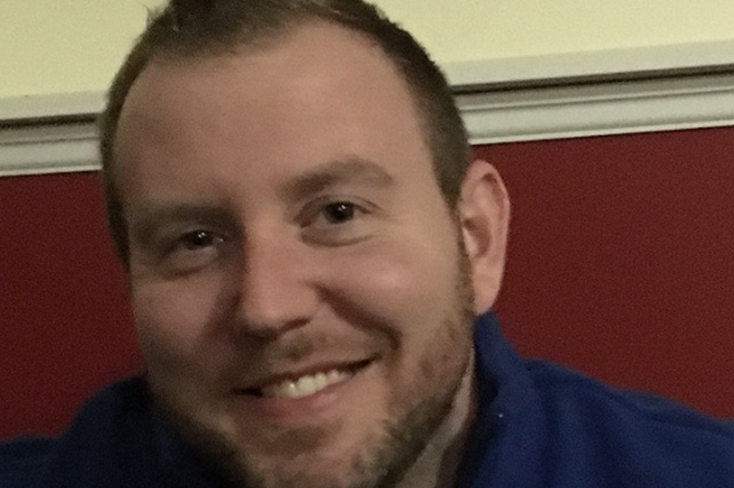 This is the sixth in a summer series of alumni spotlights focusing on graduates of Orrville High School in Orrville, Ohio who went on to major in what was formerly known as the Environmental, Safety and Occupational Health program, and is now known as Environment, Health, Safety and Sustainability at University of Findlay. All of the articles in this series were written by Randy Van Dyne, who directed University of Findlay’s All Hazards Training Center, and was also an instructor, before retiring in 2019.

Rob Sharetts ’12 began his college career on another campus in 2007, but transferred to the University of Findlay a couple years later. He was impressed, he said, by the ESOH/EHSS program’s history and successful track record.

A high school teacher of Sharetts’, Jim Duxbury, asked him “multiple times” if he had checked out UF, but “it wasn’t until I ran into Jim and his wife (for the fourth or fifth time) at an Indians game that I finally took his advice,” he said. “I enrolled, was accepted and started that fall.”

While at UF, Sharetts assisted with future student recruiting through an OESHO Student Recruitment Program that he developed. Comprised of a PowerPoint presentation, the recruitment program marketed UF and the EHS program to prospective high school students with the idea of upperclassman in ESOH taking this presentation to high school science classes to increase the incoming freshman into the program at Findlay. His first presentation was to Duxbury’s science class, and it was well accepted.

Sharetts had an industrial hygiene internship with Marathon Petroleum (Canton, Ohio refinery) while at UF for the summer of 2011. The focus was personnel monitoring for H2S, benzene, asbestos, arsenic, sulfuric acid and noise, and managing the sampling program for the summer. He also managed the equipment lease with Industrial Scientific and repaired some IH lab equipment.

Sharetts’ present position is with Stantec Consulting as a pharmaceutical consultant/project site lead. While his office is in Hauppauge, New York, he travels 100% of the time. He has spent most of his time in New York and Colorado and parts of Northeast Ohio as a project site lead, but also commissions and validates drug manufacturing equipment, utilities, systems and sterilization equipment for Stantec. He also performs the administrative tasks associated with a project manager (writing proposals and compiling schedules and budgets, among other things).

Enjoying the opportunity of change with his job, Sharetts said, he works with a variety of different processes, clients, and cultures with his extensive travel. “It keeps everything interesting and new,” he explained. He started as a validation and commissioning specialist and has now worked his way into being the site lead with his clients on new projects. “I’m proud of the fact that without having any experience in this field, I have done very well for myself within just a few years,” Sharetts added.

One of his favorite things about the ESOH/EHSS major, Sharetts said, was that he always loved regulations and law. The environmental compliance piece was his number one interest, and industrial hygiene was a close second. He said that, while working on his degree at UF, he and his colleagues were a close-knit group. “Many times, [there were] six to eight people studying in the computer lab and/or the student lounge,” he said. “I met many good friends in the program, and being in the ESOH/EHSS computer lab also allowed us to be close to our professors, so if we had questions, one of our teachers would grab a marker and start on the whiteboard. Our professors were always there for us.”

Sharetts said that the “typical” advice of staying focused and determined, and simply never quitting until you get what you want, has served him well and will serve others well too. “The three years at UF were great,” he said. “Finally walking across the stage after putting myself through college was a very proud moment for me.”