When we hear success stories, particularly those that are spawned from a place of true passion, it’s only natural that we become inspired as a result. And it doesn’t particularly matter if the tale is one of accomplishments fully realized or those that are just beginning. Success can be found at different levels along life’s path, and if you’re University of Findlay freshman Kaleb Gillespie, burgeoning accomplishment is being helped along by the prosperity of a UF alumnus who was once in shoes very similar to his own.

Gillespie hails from from Leipsic, OH, roughly 20 miles west of UF’s campus, but said the proximity to Findlay is only one reason why he chose to become an Oiler. He liked that the campus was “not too small, not too big,” but, he explained, the fact that UF has a well-known and well-regarded Environment, Health, Safety, and Sustainability (EHSS) program is perhaps the chief reason, as it is exactly the type of education that he knew he needed. “I have always been drawn to safety and emergency response,” Gillespie said. “My father has been a volunteer firefighter for my whole life. Now, I am a volunteer firefighter in Leipsic alongside my dad.”

Students and alumni alike often mention a tangible sense of belonging when they speak of their time at UF. Many can feel it immediately, and one of the “many” is Gillespie. He made it clear that the day he first visited UF, he was hooked. “I knew that I belonged,” he said. “Everyone seemed to care about each other. Upperclassmen in the program introduced themselves immediately. The faculty were extremely professional and clearly knowledgeable about the program.” Gillespie noted that he has “drastically increased” his knowledge of science and safety in just one year in the UF program, and, as a result, even plans to add a minor in emergency response to his degree.

After his freshman year being nearly under his belt, Gillespie is also already absorbed into campus life, particularly as a member of the UF Chapter of The American Society of Safety Professionals, a student chapter that allows its members to network with like-minded professionals in the industry. “I love hearing their internship experiences, and getting to listen to potential employers is always interesting, because you can find out what they are looking for in a candidate,” he said.

Gillespie was recently a speaker at the announcement of the Billy ‘96 and Brenda Watterson Leadership Gift, the largest single gift the University has ever received, which will go toward the Watterson Center for Ethical Leadership, a new building planned to serve as a focal point on campus for the College of Arts, Humanities, and Social Sciences. Gillespie’s tie to the Wattersons comes from being awarded funds from the Billy J. and Brenda Watterson Scholarship Endowment, established in 2013 for students in the EHSS program. Gillespie disclosed that the scholarship has “allowed [him] to choose the school of [his] dreams” and major in something that he clearly has a passion for. Back in the mid-90s, Watterson, the CEO of Watterson Brands/The Watterson Foundation, was also a student in the program at UF, and said that his Oiler experience within it gave him the “foundational components” to find the level of success that he has enjoyed since becoming an Oiler alumnus. Watterson said that “kids [like Gillespie] coming through the same program now need to have the same opportunities [he] had as an Oiler and beyond, and it’s up to those who came through to help so that we’re able to compete.”

Also the recipient of The American Electric Power Foundation Findlay Forward Scholarship for Environment, Health, Safety and Sustainability, Gillespie said he would not be seeing his own growing success as a young Oiler student without the support of UF scholarship donors. He hopes to become a safety specialist at a local refinery upon graduation, and said that the support he receives, in all its forms, is paramount to his flourishing. “While only being a freshman in the program, I have felt the support from the staff and alumni of UF, as well as the financial support,” he said. Without one, he said, more students would maybe have to work more hours and spend less time studying, and without both, they might even have to give up their dreams at UF. “I am very lucky to be here with the support that I have.” 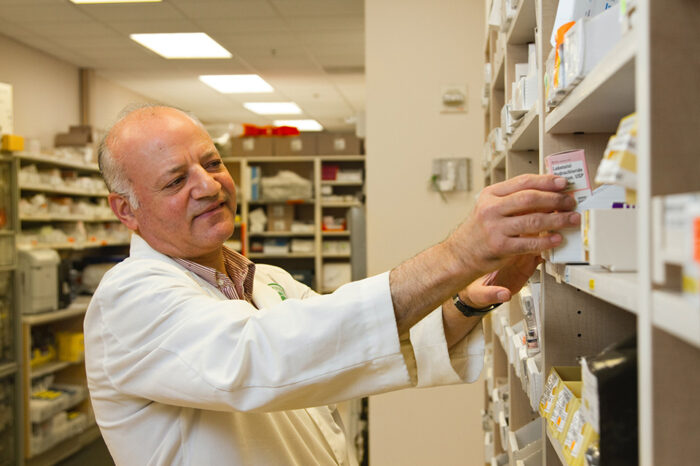 UF’s Spring Horse Sale to be Held on April 30th